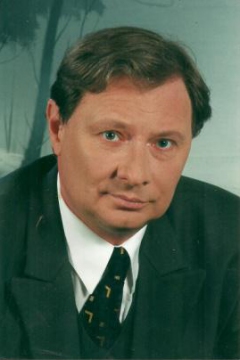 
Professor Tadeusz Stegner has been cooperating with the Publishing House since its inception. He actively participates in the scientific life of the country and the region. He organized over a dozen scientific sessions and has over 100 publications in his academic achievements. He was the director of the Institute of History of the University of Gdańsk
and the chairman of the Council of the Gdynia City Museum. In 2001 he obtained the academic title of professor. He specializes in the Polish history of the 19th and 20th centuries,
in particular, the history of Polish political thought, national and religious affairs and the history of Protestantism in Poland. He also has scientific achievements in the field of tourism and cross-border traffic. He was awarded the Knight's Cross of the Order of the Rebirth of Poland, the Gold Cross of Merit, the medal of the 70th anniversary of Gdynia, and the Medal of the National Education Commission.